Below is Mom as a college student on a boat headed for a study trip to Europe. 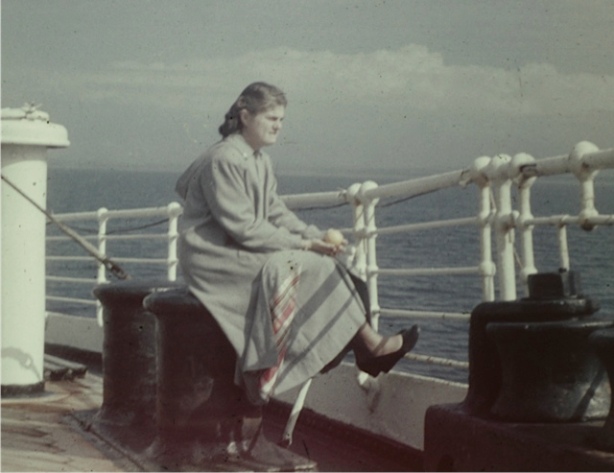 One of the most memorable was 29 years ago in my sophomore year of dental school. Oral Pathology was a required class, taught by Charles Tomich, who was an arrogant author of textbooks and a legend in his own mind. His primary motivator was fear and intimidation, with a little black box he kept at the front of the class. In it were note cards with each of our names, and every class he would pull one out to invite the student down to the front for a little chat.

For just a few minutes, what seemed like eternity, he would grill one of us on the pathology topic of the day. The math worked out that only one in three students would be called in the semester, and fortunately, I never did make it to the front. But it’s not like I slept through the first ten minutes of class, or ever missed one. That would have been intellectual and social suicide. 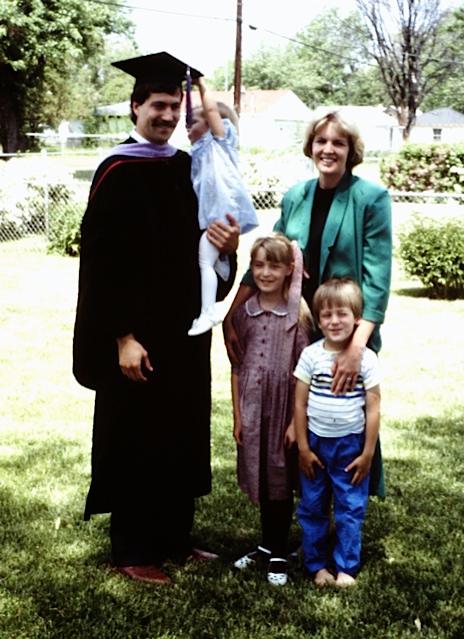 The inside report from the upper classmen was that you also didn’t want to miss his final exam because the only make-up was a personal oral exam with the General. As the semester came toward the end, I was studying hard to prepare for the Oral Path final. The night before, I was studying late and all of a sudden, I heard Jan say, “It broke,” and I was thinking, “Really it’s 2:00 am, maybe I can fix it tomorrow.”

Then she said, “My water broke and we have to get to the hospital.” Well, priorities are priorities, and we packed up to go. At Methodist Hospital in Indianapolis, she was admitted and we settled into the “count contractions and wait” routine. About 9:00 in the morning I was getting really antsy, but the baby did not seem to be in quite as big a rush.

I said that I needed to be gone for a couple of hours, so I hurried off. I got to the Dental School just before the 10:00 am test, and mentioned to Dr. Tomich that my wife was in labor. I asked if he would mind if I left the two-hour test early if I was finished. He agreed with a “We’ll see how that works out” kind of smile. Around 11:15, I packed up and left, just in time for the arrival of Amanda Jane. 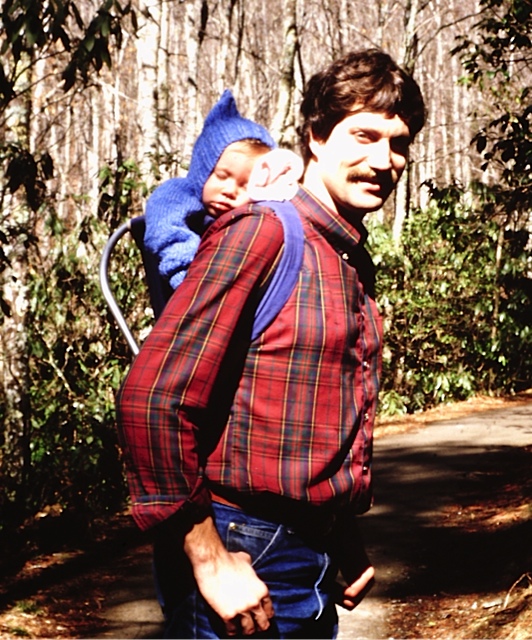 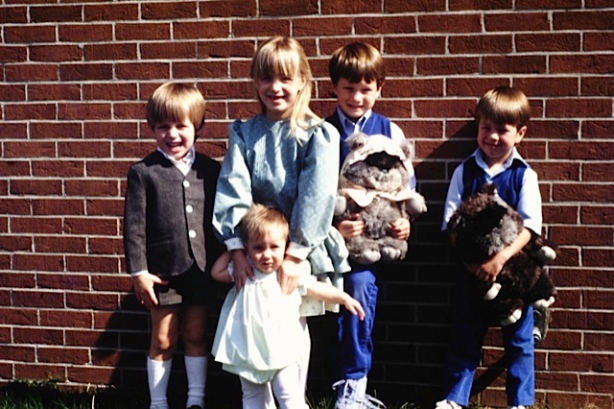 The most recent big test was the two long stringers that define the top edge and the deck moulding line. The first challenge was splicing two pieces to make a single 20 foot stringer, and making it as straight as possible to give the smoothest bending contour. I made repeated passes over the jointer in the high areas and eventually planed the opposite sides. Then I made the preliminary notches and attached the stringer with screws.

Inspector Jeff Margush came for a final check off, which turned into two hours with both of us looking from all the angles, making small adjustments and reevaluating. 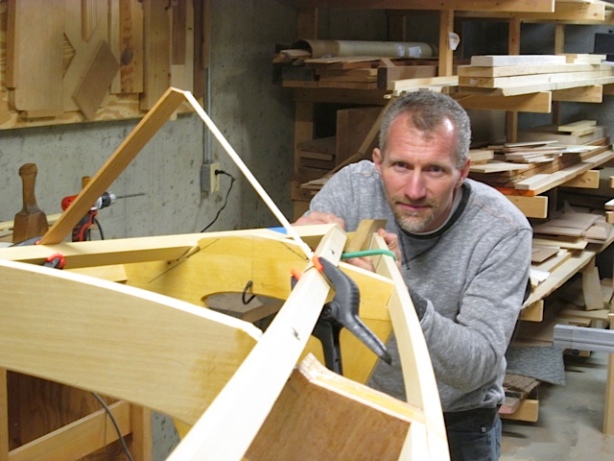 We never measured the angle of the trim moulding, but just clamped on two sticks to make sure it looked right and was perfectly symmetrical.

A picture doesn’t fully show the 3D of the profile lines, but below is a photo of the shape that is developing. 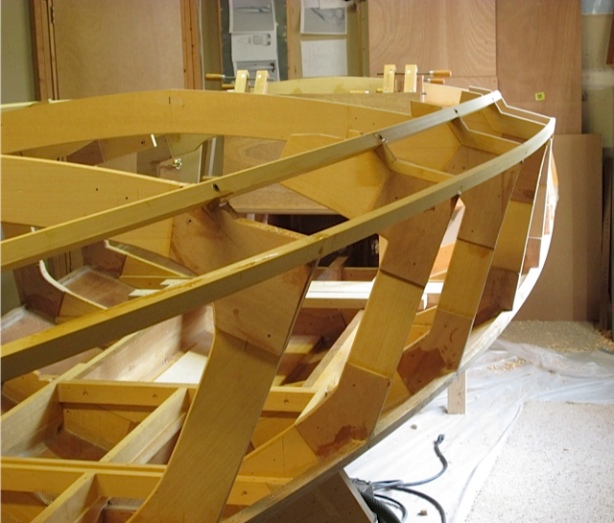 I don’t remember what grade I got on the Oral Path exam, and now it doesn’t seem so significant except as a part of our family memories. The Life After Mom Died test did turn out to be much harder to pass, but in it I learned an extremely valuable lesson. On the day she died, Mom reminded us one last time in a clear quiet way that all that really matters is your relationship with Jesus. That alone will get you through the Final.