Ideas come in all sorts of ways, inspired by variations on existing themes, or from problems that need a new solution. They are first recorded in the imagination, and a certain amount of refinement can be done by mental manipulation. Sometimes I lay awake in a quiet environment and rearrange parts of the design, with my eyes closed.

Soon however, it leads to putting the ideas into a visual form, to react to and reconsider. Perspective drawings are a good start, but eventually they give way to some 3D interaction. From the beginning it was my intention to learn bit more about traditional methods of boat building so this lead to making some Half Hulls, like so many boat designers of the past. 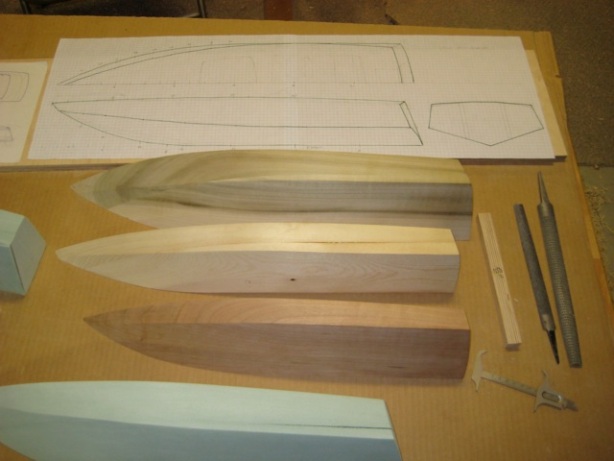 Half Hulls are made from a variety of woods, with a combination of cutting, carving, rasping and sanding. Basswood is a favorite of carvers, but I used pine, douglas fir, and cherry because they also shape well and I had large enough blocks. Making only one side allowed a realistic view of the shape, but also made sure that when it was measured and scaled up to full size, the final boat would be symmetrical. Putting them up against a mirror is an interesting way to expand the view to see at least part of both sides. 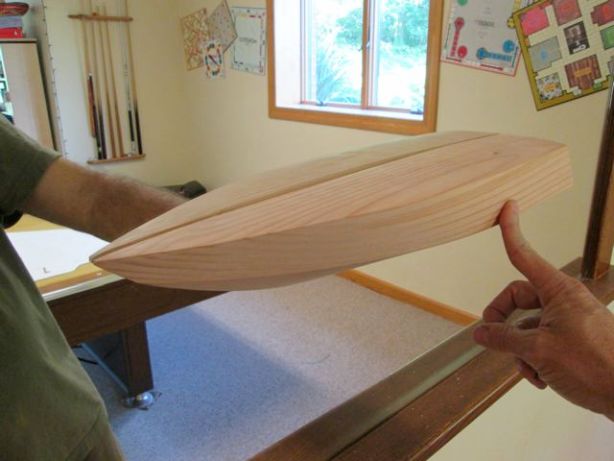 But Half Hulls are slow to make and modify. The computer has become a tool to do faster 3D drawing and modeling. This is what Jeff Margush began doing with his sophisticated program which lead. In a relatively short time, we were able to make many small changes for review and revision.

Along the way, I also found a 3D computer program called Delftship, that I would recommend to anyone wanting to dabble in boat design. It is available as a Delftship Pro, but is offered in beginner version as a free download with a tutorial. That was good enough for me to start with and it lead to some interesting experimentation. 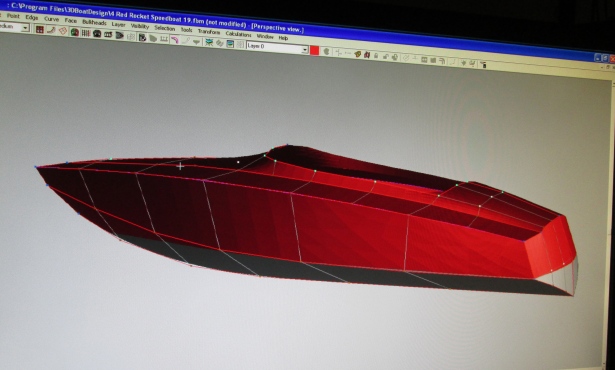 If reason and calculation are the work of the mind, imagination is the play ground.